So, I did it. I didn’t just look anymore. I took a big bite into Euphoria (The Deluxe Edition). That’s right, I added Enrique Iglesias’ latest album into my library. It just added that Spanish spice that my running playlists was craving. I tried it out during a 12K run this week and I was so happy with it. The dance songs, the slow(ish) songs, and the ballads just made my running feel like a journey on the T-Mill. I love having a balance of up-tempo and ballads on my runs. I find that running fast and having a ballad being serenaded into my ears really brings down my heart rate. The rhythm of the song is just keeping my breath anchored. It’s amazing! And my pace for my 12K was 4:18 min/km. I was pretty happy with that on a 1% incline.

My amazing deal of the day is today’s Groupon! You buy the groupon for $25 and you get a $50 gift card at The Running Room! I can’t even wait to spend my free $25!
You can get one HERE! 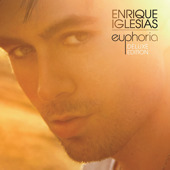